This year’s Sports Day was won by Smalling House, in what was described by Miss Johnson as ‘the best ever’. 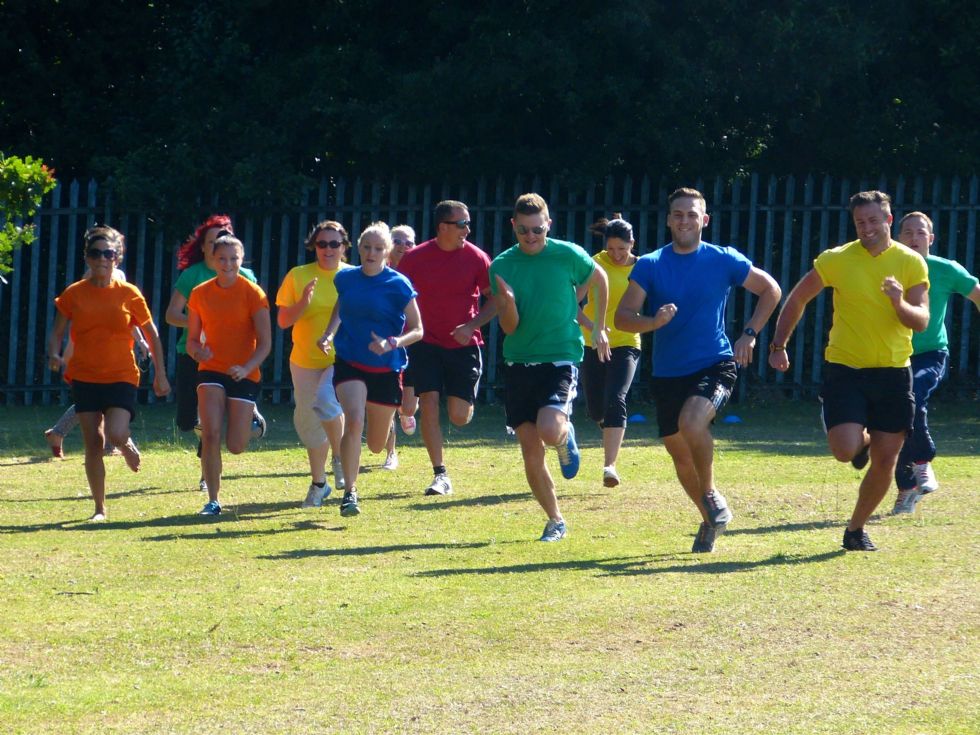 Pupils competed in the javelin, discus, shot-put, 100m, 200m, relay, three-legged race and obstacle course. Also taking part were the staff who competed in a 100m and 200m race, with Mr Ashmore winning both.

However, there was controversy in the staff 200m race (pictured upper right), with his team mate Miss Johnson holding back Townsend’s Mr Ketcher and Hessenthaler’s Mr Nolan at the start.

Speaking about the day, Mr Ashmore said: “Well done to everyone who took

part. It was great to see everyone working so well as a team and the behaviour and spirit was superb all day."

To view the gallery from our Sports Day, CLICK HERE.