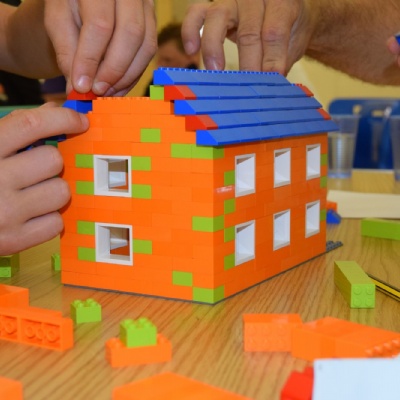 During Term 1 our KS3 learners took part in a STEM LEGO event.

This event was a fun break from the curriculum that supported Science, Technology, Engineering and Mathematics.

A Wednesday morning in the hall saw all of the pupils split into teams and their task outlined.

All te ams were provided with a plan to build a 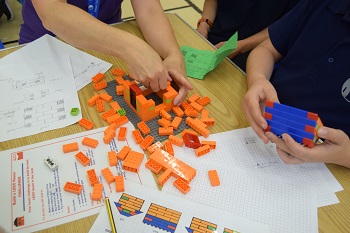 lego house, if things went wrong they could knock it down and start again. The task was to decipher the plans, calculate the number of bricks, doors and windows required, make an order for bricks and then build the house.

The fun started quickly as teams competed to be the first to finish. All were successful. After a short break the final task begun. Teams were tasked to design their own LEGO house.

Plans had to be drawn and the number of bricks required calculated. Every brick had a price and teams had to work within a budget to build the most impressive house they could.

Area and volume were calculated to promote maths and gain bonus points. 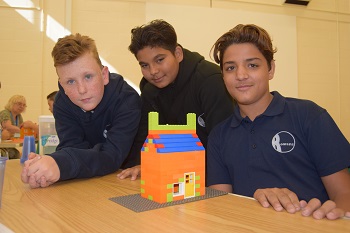 Things did go wrong, houses were demolished then rebuilt to their own design specs. This was a fun event, Team JN were the triumphant winners.

House points were awarded to all and the winning team received a special prize.

You can view a photo gallery of the event here.